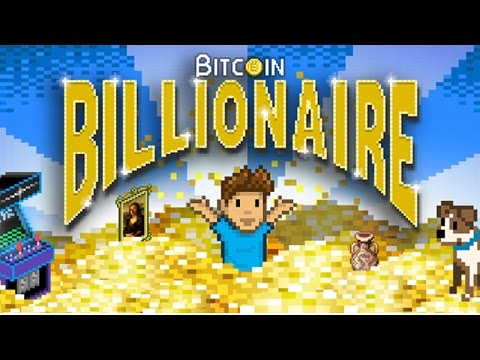 Let's talk about that Tap My Katamari thing

So yesterday I was lounging around with my smartphone, sifting through the Google Play Store on a dull autumn afternoon, and they recommended an app called Tap My Katamari. I was immediately intrigued. A Katamari game I've never heard of? For Android? And it's free? Intrigued, I opened up the game's Play Store page only to discover that "Tap My Katamari -" was truncated to fit the preview thumbnail. The full name of the application is "Tap My Katamari - Idle Clicker." That ruined my day right there, and I'd be willing to bet it ruined yours too. And this game isn't a copyright-taunting unlicensed knockoff like you'd expect. Look it up on the Play Store: This game is an officially licensed addition to the Katamari series in which all the Katamari rolling is done for you while you mindlessly tap the screen. It would be preaching to the choir to explain how this application of a cherished intellectual property is so offensive, so rather than engage in a great big fanboy rage circlejerk I thought I would calm down and review the game as it stands. Google might think that not downloading Tap My Katamari would exclude me from reviewing it, but I have played this game before. I've played it at least six times, under many different names. Cookie Clicker, Make it Rain, Bitcoin Billionaire, some other games not worth mentioning, and now Tap My Katamari. They may wear different dresses of varying elegance, but they're all the same underneath. Do a thing, and you get some currency. Spend this currency on things that will earn more currency for you, or use it to upgrade the thing you do so that you can earn more currency from doing it. Sometimes random events will pop up that make you really good at earning currency for a while, or maybe they'll just take some currency away unless you watch an ad or something. This sort of upgrade mechanic would be groovy if the things you do are inherently fun, and if the upgrades were non-linear and multifaceted in nature. Idle Clickers, by design, offer neither of those things. At best, you'll get a series of flashy graphics and pleasant audio cues creating the illusion of overcoming a challenge that doesn't exist. Could this be the reason that idle clickers are a popular revenue for app developers who want to exploit microtransactions? Perhaps it is, because if they wanted their game to be fun to play then why did you disable all my investments for five minutes, you cocks?! But back to Tap My Katamari specifically. What I find most infuriating about it is this: Katamari is built around a unique, iconic game mechanic around rolling Katamaris, and smartphones offer unique and innovative ways of controlling Katamaris. A proper Katamari game on iOS and Android, even one with FtP mechanics, would be incredible! But they made an Idle Clicker instead because those earn more money. If BANDAI NAMCO think it's okay to take an IP defined by fun, hectic and innovative gameplay and slap it onto a Cookie Clicker clone, they clearly don't have a grasp on what made it successful in the first place. I'm very close to hoping that the franchise ends with Tap My Katamari, because that game is damning evidence of the publisher's apathetic attitude towards the quality of this series. The game may be free, but it's still not worth it.

A couple more thoughts on the game

As I'm playing the game, I thought of a couple more things that may be neat to see.
One thing that would be nice is something like a statistics page, to see overall bonuses and numbers from the gameplay. An example would be like Bitcoin Billionaire, where it shows bonus percentages earned from their equivalent of retiring, items accrued, and the such. It would be nice since the current numbers are a bit scattered in the app, or inaccessible in some cases.
The other suggestion has been mentioned before, but it just seems weird that it isn't an option. It's regarding staff promotions. Theoretically, letting RNG do it works out, but as a player with 45 staff promotions overall, it seems odd to have 5 staff that haven't received a single one of them (even if two of them are new). It would be nice to have a bit more decision on the matter instead of seeing Alien Influence absorb them all into its ungendered being. It's actually a tad frustrating when I've only been able to use it once, lol. It actually has the most promotions out of all my staff, totaling 5. I don't like to complain, it's just weird to see promotions randomly given out in such a way.
So that's all I had on my mind this time around. Hopefully it helped out ultimately.

Platform(s): IOS/Android Genre: Tapper with a bit of 8 bit and management themes. Estimated year of release: About 2014 Graphics/art style: Purposeful 8-bit design Notable characters: N/A Notable gameplay mechanics: Players would have a main tapping screen where they could make profits and buy upgrades, there was also a screen that had "companies" (players) that were near you that you could buy out and invest in. Other details: Similar to games such as bitcoin billionaire and tap tap trillionaire

Bitcoin Billionaire by Noodlecake Studios Inc\rSUBSCRIBE my channel to view more best Android/IOS games : \rPlease support by like and favourite, thank you!\rTwitter: \rFacebook: \r\rDOWNLOAD \r\riTunes Store: \rGoogle Play: Bitcoin Billionaire is an idle mining game that's all about earning virtual bitcoins through fast tapping, smart investments, and cool upgrades. Go from rags to riches as you upgrade and unlock new items and time travel to the distant past and the far future, all without leaving your comfy chair! Bitcoin Billionaire by Noodlecake Studios Inc Download [HD] Bitcoin Billionaire Gameplay (IOS/Android) ProAPK Download more Mobile Games, Free Game Apps And Games Articles related directly to the gameplay of Bitcoin Billionaire. Fandom Apps Take your favorite fandoms with you and never miss a beat. D&D Beyond --GAMEPLAY--In each row there can be only one winning field. Your goal is simple: make as many successful steps as possible. You can stop and withdraw your win amount anytime you wish. Be careful, we don’t want you to get into a POO! Rank #44 WaggaWagga PvP BTC Games. By START-IT. Casino / Gambling. We developed a few simple cryptographic games using our secure payment and wallet service ...

Bitcoin Billionaire by Noodlecake Studios is a casual game in the idle clicker genre where you just have to repeatedly tap the screen to get bitcoins. They aren't real bitcoins, of course, just ... This video is unavailable. Watch Queue Queue. Watch Queue Queue Bitcoin Billionaire is an idle clicker that's all about raking in bitcoins and building up a massive fortune! You start with almost nothing: a run-down office, a rickety old desk, a crummy ... Bitcoin Billionaire Review 2020 Was The Bitcoin Billionaire Dragons Den a SCAM or LEGIT? Find Out! - Duration: 3:33. Crypto Trading Strategies 11,353 views Bitcoin billionaire does what very few freemium games can... Make you actually enjoy the time spent watching the ads. That's not to say that the game is bad by no means. If you're willing to look ...